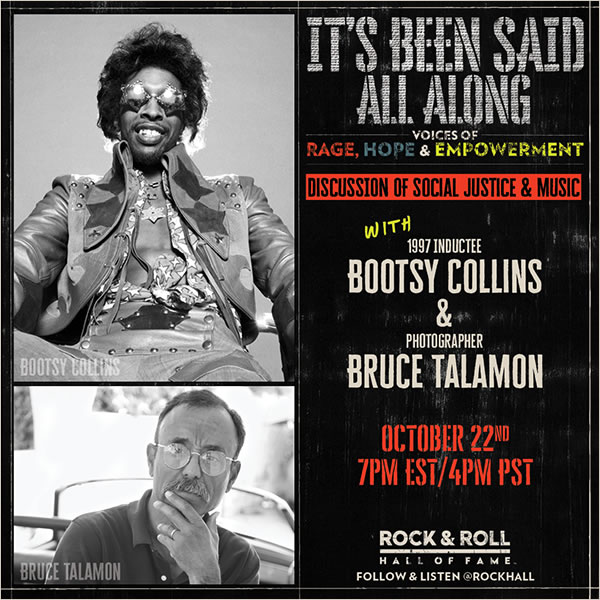 -Collins will discuss his racial struggles as a member of James Browns’ band and Parliament-Funkadelic and his new album, The Power of The One, which debuts October 23rd.

-Talamon, best known for photographing R&B and soul musicians during the 1970s and 1980s, will share stories behind images he captured of social justice trailblazers Nina Simone, Marvin Gaye, the O’Jays, Stevie Wonder, and others, that are featured in the exhibit.

If you missed it, here’s the full interview…