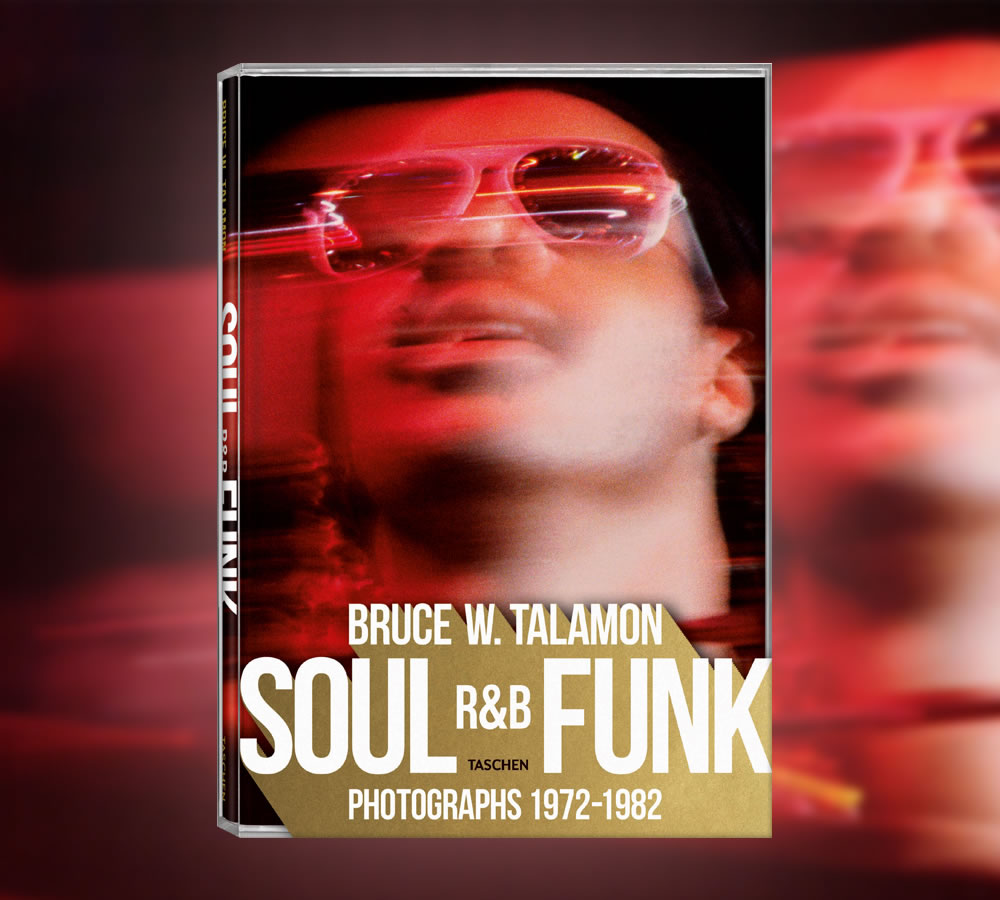 Get down with such legends as Marvin Gaye, Earth, Wind & Fire, Stevie Wonder, Donna Summer, the Jackson Five, Diana Ross, James Brown, and Chaka Khan in this collection of largely unseen images from the golden age of soul, R&B, and funk. Sourced from our superfly Collector’s Edition, this collection gathers all of the glamour and groove captured by photographer Bruce W. Talamon.

Also available as an Art Edition with a portfolio of four prints, limited to 500 copies.

"For ten glorious years, I had the best seat in the house." -Bruce W. Talamon

Talamon saw it all during the golden age of soul, R&B, and funk. Throughout the 1970s and early 1980s, this young African American photographer from Los Angeles found himself backstage with an all-access pass to the heart of the music scene. He caught his first big break landing a position as a staff photographer at SOUL Newspaper in LA in the early 1970s, just as soul, R&B, and funk were becoming part of the mainstream. He captured the rehearsals and sound checks, recording sessions and costume fittings, the quiet reflective moments and life on the road, and, of course, the wild photo shoots and memorable performances. These photographs define an era famed for its glamour, fabulous fashions, and utter devotion to the groove.

Including close to 300 photographs from 1972 to 1982, the extensive Talamon archives are presented in full detail for the first time. Whether you’re a diehard soul fan or a thrilled newcomer to the aesthetic magic of the 1970s, the collection exudes the infectious spirit of an exuberant age. Featuring icons such as Earth, Wind & Fire; Marvin Gaye; Diana Ross; Parliament-Funkadelic; Al Green; Gil Scott-Heron; James Brown; Barry White; Rick James; Aretha Franklin; the Jackson Five; Donna Summer; and Chaka Khan and many others; there are also several stops at the legendary Soul Train studios. Talamon documented a visual period in black music that lasted way past the midnight hour and will never come again.

This release is an affordable, compact version of our Art Edition, limited to 500 copies and featuring a portfolio of four prints signed by Bruce W. Talamon.

"An electrifying new book that captures the infectious spirit of the decade from 1972 to 1982." -Vanity Fair, New York

Pages from the book... 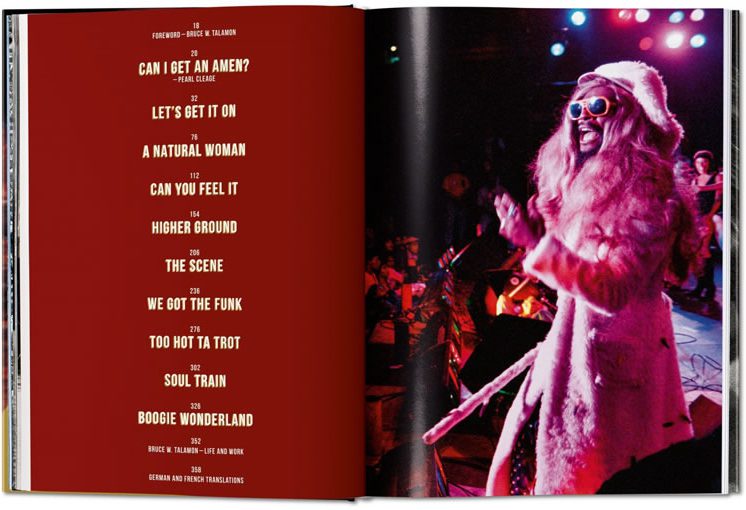 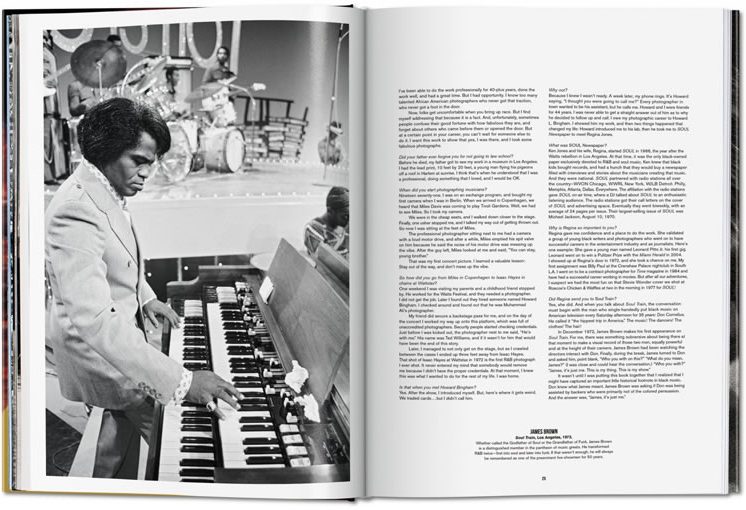 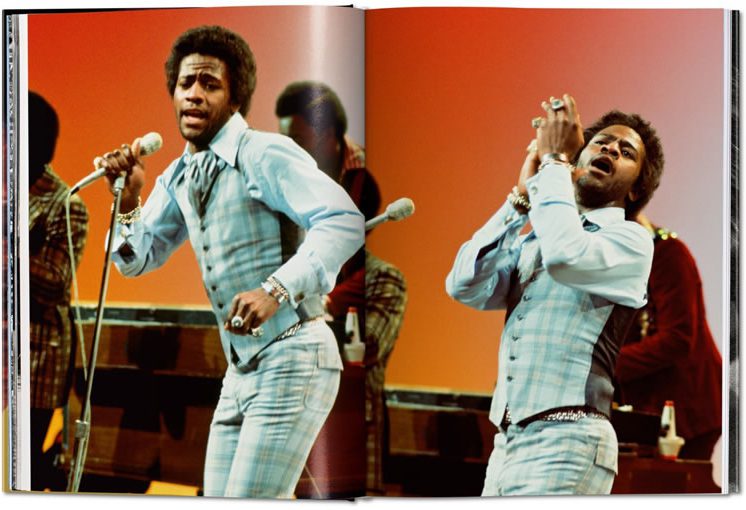 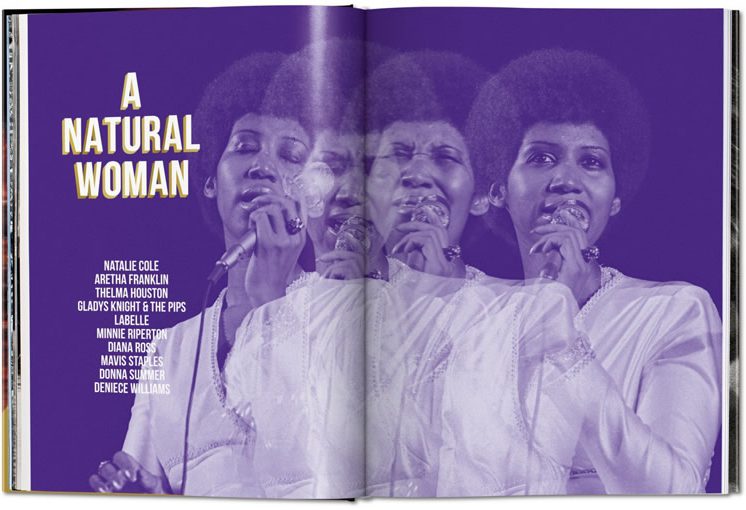 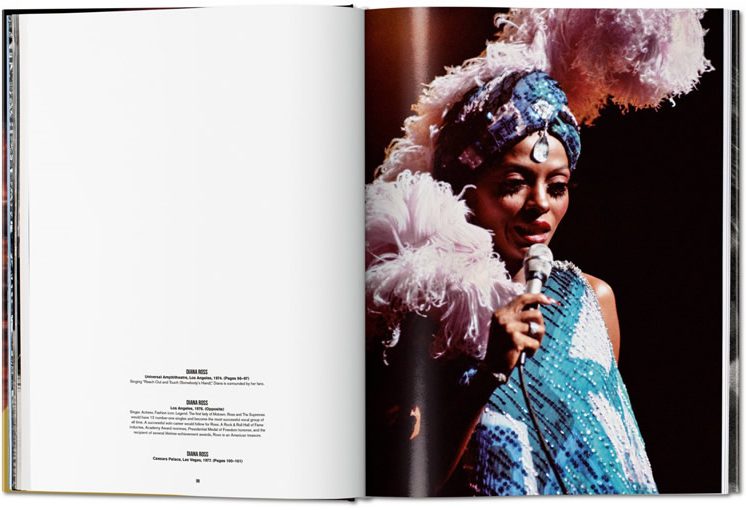 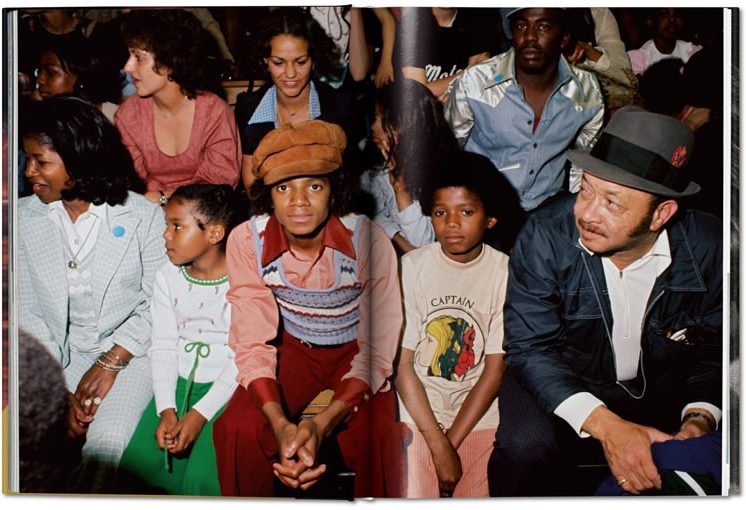 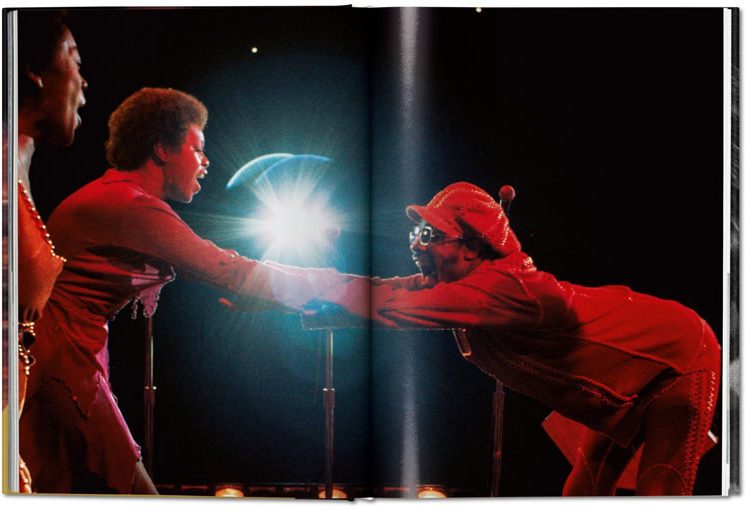 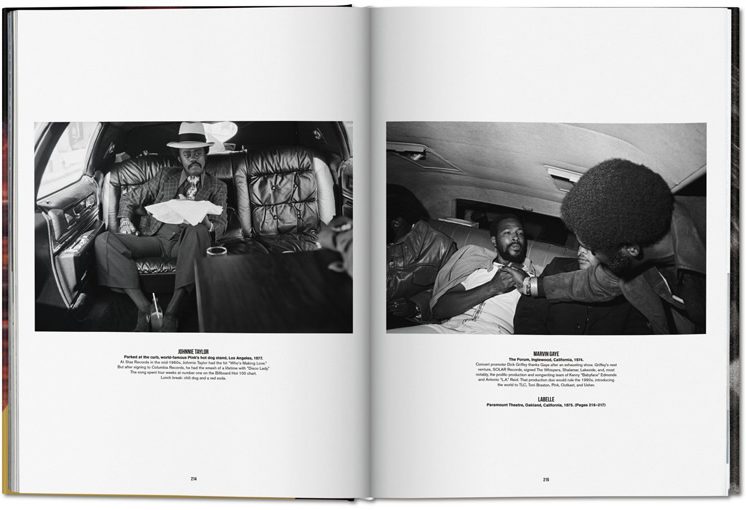 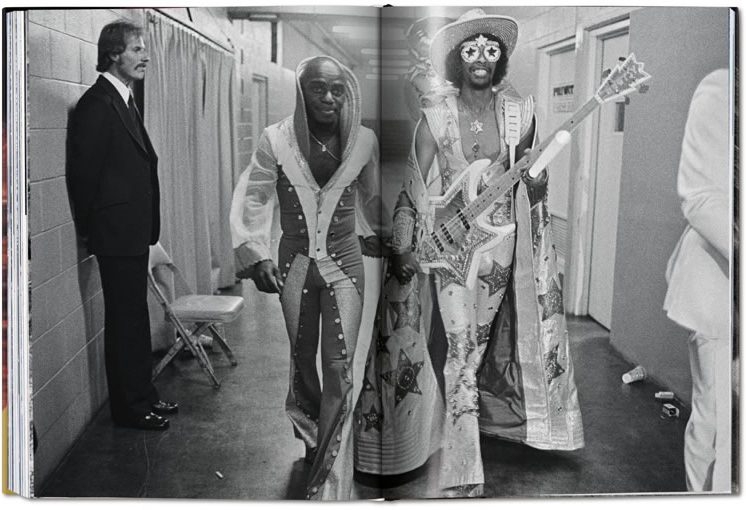 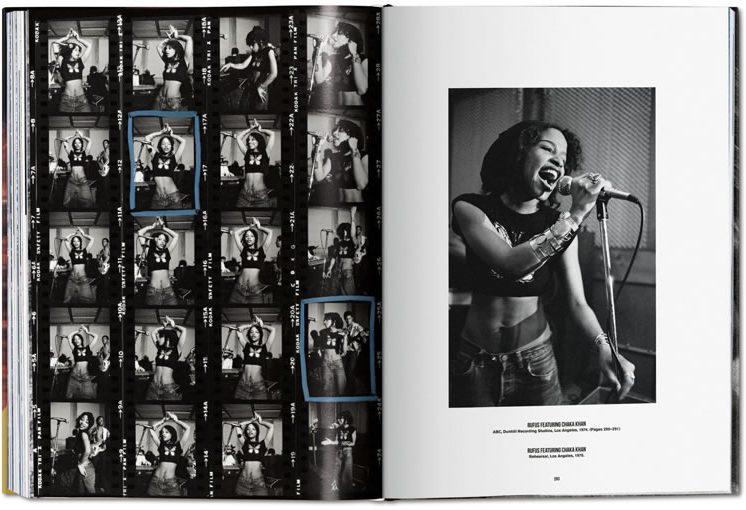 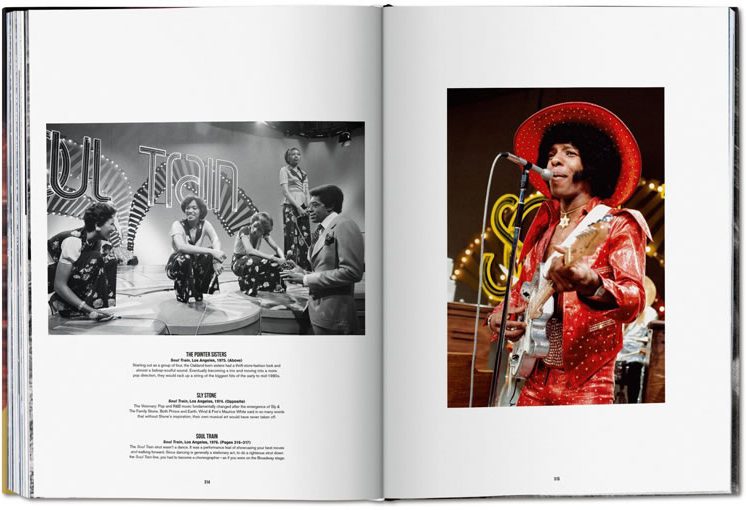 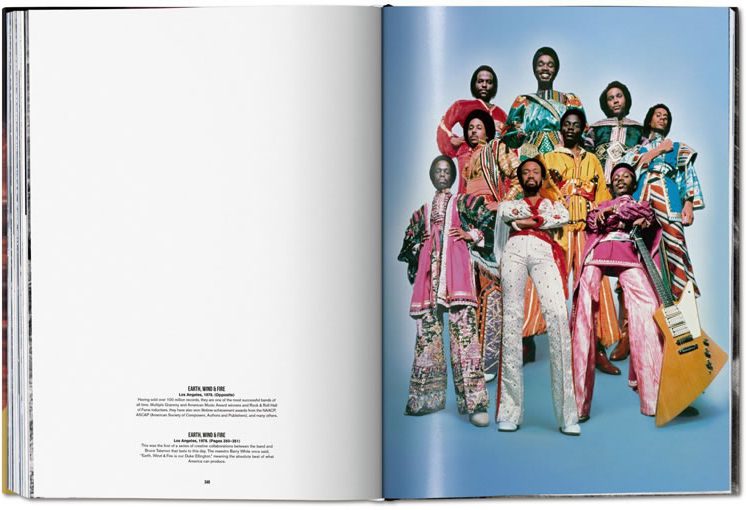